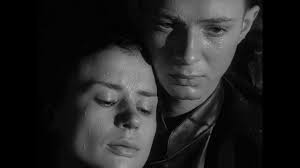 One long, revealing day on a remote island unfolds for Karin (Andersson), suffering from schizophrenia, her father, David (Björnstrand), sexually frustrated brother, Minus (Passgård), and embattled husband, Martin (Von Sydow). Dense with themes of God’s existence, incest, family turmoil, and mental illness, this chamber play grows bloated with symbolism and opaque dialogue. It’s a style many value, as Bergman is renowned, but I can’t stand it. The acting is strong, the visuals are striking, but I have no heart for Through a Glass Darkly, and it doesn’t appeal to me thematically. 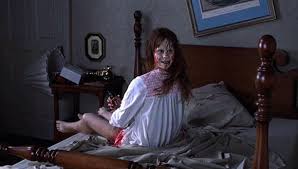 A young girl, Regan (Blair), raised by her single actress mother, Chris (Burstyn), plays with a Ouija board. Not long after, Chris sees dramatic, inexplicable, terrifying changes in her once innocent daughter. Exhausting all other resources, Chris eventually turns to Father Damien (Miller), a priest and doctor working through spiritual doubt in his own life. Finding Regan to be possessed, Father Damien and a more experienced priest, Father Merrin (Von Sydow) set about her exorcism. An early standard bearer of the genre, many of its tactics have been borrowed across dozens of horror flicks, but rarely used as effectively as they are here. The Exorcist, aside from being genuinely thrilling and affecting, is an impeccably made film. From pacing to acting to its notorious special effects, the film remains an impressive horror classic. Beyond the evil and the fear of demons, the film is rooted in the horror of watching these terrible things happen to a little girl, and watching a loving mother at a loss to help her daughter. 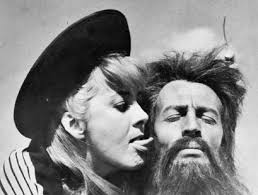 The least inflammatory of Bunuel’s trilogy, Simon of the Desert follows Viridiana (1961) and The Exterminating Angel (1962) in the famed director’s illusory approach to religious themes. In this one, a devout figure named Simon spends his days and nights atop a pillar in the desert besieged by onlookers and frequent visits from Satan, here in the form of an attractive woman. Bunuel, an acclaimed surrealist, uses the premise for a series of unspectacular imagery to my mind. The proceedings, while mercifully short, are too austere and uninspired. There’s no new approach to the material. It mostly symbols we’ve seen before. That is, until the ending, which I won’t ruin, but salvages the film to a degree with its strangeness. 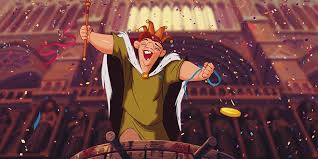 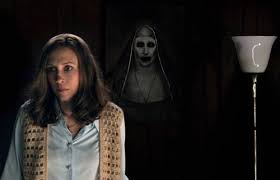 Ed and Lorraine Warren return to help a working class British family against a real or created demonic presence, mid ’70s. Not as surprising or inspired as its predecessor, this horror sequel nonetheless delivers on thrills and expert filmmaking, from the acting to the careful pacing or the modest use of jump scares; it’s all very well-executed.