There’s a lot more to it, but at its heart, He Got Game is about a father who pushes his son too hard. There have been countless versions of this story. It’s potent material. He Got Game is one of the more moving examples. Denzel plays Jake Shuttlesworth, a convict given a week’s chance to convince his son, Jesus Shuttlesworth (future NBA star, Allen), the nation’s top high school prospect, to play basketball at the governor’s alma mater. Despite the implausibilty of this scenario and the apparent unrealistic moments involving college recruiting, this movie hits home. I think it’s because character is more important than plot, and Jake is one of Denzel’s finest; as flawed as he is charismatic. The final duel between father and son is powerful, and I even enjoyed the grandiose fantastical touches to end the film. Like several great filmmakers that I admire, Lee doesn’t care much for subtlety. With him, it’s bold stories told boldly. He Got Game reminds me of the flamboyant melodramas of the ’50s. I happen to love those films.

Herman Mankiewicz: You cannot capture a man’s entire life in two hours. All you can hope is to leave the impression of one.

What impression are we left with of Herman Mankiewicz’s life? He’s a drunkard, it seems, first and foremost; reckless. He’s also brave and full of integrity as played by Gary Oldman in David Fincher’s new movie. A Hollywood hand during the Golden Age, Mank lived in the background rewriting other people’s scripts and never getting credit for it. As this film begins, the Golden Age has passed and Mank’s burnt out. He accepts a deal writing a script for newcomer, boy wonder, Orson Welles, a script that would eventually become the great Citizen Kane. I wonder about a lot of things with this movie. For one, how enjoyable is it if you don’t know these people (Thalberg, Mayer, Hecht, etc.) and this setting (Hollywood’s studio era)? I have a passable knowledge of these things and, perhaps as a result, I found this film fascinating, but it’s one that risks alienating its audience, not just because it’s so specific, but also because I’m not sure yet if it has a point. What’s it saying if it’s saying anything? There’s hints of betrayal but it’s a paltry betrayal if that. There’s moments in the narrative when Mank is asked to sell out, but he never does and it never seems to be any kind of temptation to him either. There’s no conflict that I can put my finger on and single out, but I’ll take this film at face value. It’s a technically astounding, enriching piece of history; an important backstory that often gets treated as a side note if remembered at all.

Alan: You got too much of this.
[mouth]
Blue: Yeah?
Alan: Yeah.
Alan: Especially for a coon. I don’t like moneys who get too clever in my garage.

South London, 1980. A group of young men from immigrant backgrounds live and go about their days as their xenophobic neighbors tell them to get lost. Blue (Forde), their leader, chases his dream of being a reggae DJ while working a menial job at a repair shop. He, along with his group of friends, is about to be pushed to the limit. Babylon unfolds naturally and even though the course of the story follows along the same lines as popular melodrama, it always feels real; authentic. I suppose that’s in part because of the non-professional but excellent performances. It’s also a triumph of direction and writing. This is a fascinatingly foreign culture and setting to me and Babylon captures it well. If the film leads to a familiar conclusion, on the strength of the storytelling, I’d call it inevitable rather than predictable.

At the center of The Conformist, a dazzling feat of style, creativity, purpose, and graceful camera movement, is Jean-Louis Trintignant’s character, Marcello. Mostly stoic and bound by secrets, he is the mystery at the heart of this film. What led him to become a fascist? To kill his former college professor? To marry a woman, who, though beautiful, holds very little interest for him? The main clue is in the title, of course. To be normal. Through flashbacks, The Conformist weaves around Marcello’s life and past traumas as World War II looms, culminating in the film’s finale where he no longer seems like a distinct personality at all but a shell of a man. Equal parts artistic and intellectual. A great film.

One of the most popular and successful pictures ever made, Cecil B. Demille’s The Ten Commandments is not, however, a great film. Being old-fashioned isn’t a sin in my book, but excess is, and The Ten Commandments is excessively old-fashioned. Start with the white-washed cast of Hollywood stars (Vincent Price, Judith Anderson, and Edward G. Arnold, for as great as they are, stand out as unconvincing Israelites and Egyptians), then move to the ultra-soapy dialogue and acting. While we’re at it, I should bring up Demille’s apparent refusal to move beyond an antiquated theater-like presentation for his story. It’s all wide-shots, static and straight-on. I don’t even recall him using any close-ups. The result is a movie that feels more campy than momentous. That being said, it is an excellent story told on the grandest of scales. If I criticize its technique, its only fair to also point out that it’s four hours long and I was never bored.

Hugh Glass: As long as you can still grab a breath, you fight. You breathe… keep breathing.

America’s west was the birthplace of many of our legends. Hugh Glass may not be the best known but he’s been a consistent figure in film and literature, and with The Revenant, he finally gets the big-budget treatment. Glass, played by DiCaprio, was a fur trapper in the 1820s, leading a group of soldier-hunters that includes the wily John Fitzgerald (Hardy). After a harrowing attack by a grizzly bear, Glass is left for dead, and watches his loyal son killed by Fitzgerald. Somehow surviving, Glass maniacally seeks vengeance on his son’s murderer. Imposing, bleak, and single-minded, The Revenant is less entertaining than it is impressive. This is a stunning piece of visual storytelling and DiCaprio’s largely unspoken performance is a part of that. I could be critical of the rather heavy-handed racism of many of the characters, but I feel it works. This is not a subtle film, and though I was less impressed with the CGI bear (I’m never impressed by CGI animals), I do think it would have probably been too much to let a real bear maul DiCaprio, so what are you going to do?

Sefton: There are two people in this barracks who know I didn’t do it. Me and the guy that did do it.

Sgt. J.J Sefton (Holden) isn’t your typical hero. Even as an antihero, he stands far from the pack. For the majority of Stalag 17, he wants no part of anything heroic, and seems fairly content to have given up. He’s a prisoner of war held in a camp famed for letting no one escape. He’s selfish, apathetic, and ruthless, but when two fellow prisoners of war are foiled and killed in their escape attempt, and Sefton is beaten by the other prisoners who suspect him of being a traitor (one that tips off the Nazis for small benefits), Sefton’s determined to get back at the real traitor just as soon as he figures out who it is. I’m amazed with every Billy Wilder film that I see with how he balances tones. Stalag 17 is another layered work and further evidence of his brilliance. Broad and bawdy in its comedy, the film as a whole, somehow manages to be as gripping and eventually rousing as any straight dramatic classic. Holden won his only Oscar for this performance and he’s convincing at every stage of Sefton’s arc. Sefton’s not even necessarily the main character for much of the film, as it’s a true ensemble piece, but slowly, reluctantly, he becomes a memorable hero.

“Though nothing can bring back the hour. Of splendor in the grass, glory in the flower. We will grieve not; rather find. Strength in what remains behind.” -William Wordsworth.

I could not care less about the premise of this film. A young man, handsome and affluent, is growing impatient with his “nice” girlfriend to sleep with him. The sexual frustrations of a high schooler seem small beans, on the one hand, and ripe for cinematic exploitation, on the other. Thankfully, though it doesn’t shy away from the lurid melodrama at its center, it does slowly become more than that, and by the end, it becomes a lot more. Splendor in the Grass is, ultimately, a poignant film. Beatty is the handsome young man in question and Natalie Wood, the “nice” girlfriend. I put “nice” in quotation marks not sarcastically but because her character, Deanie, comes to resent that designation. She loves Beatty’s Bud Stamper and feels that she’s willing to do anything for him, but he’s too muddled up by his domineering father to really know what he wants. There’s a lot going on in this film; a lot of tears, a lot of yelling. Films like these gave way to the soap opera on television, but there’s a level of skill in all aspects of Splendor in the Grass that elevates the material. Great stars, a handful of provocative, memorable moments, and a moving finale. 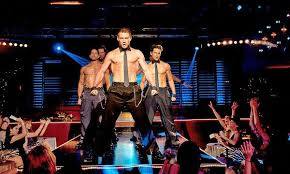 Dallas: Will you welcome to the stage, the one, the only… Magic Mike!

“You are the husband they never had. You are the dreamboat that never came along,” says Dallas (McConaughey), the seedy impresario behind a nightclub of gaudy male strippers. Magic Mike (Tatum) is his main attraction, but Magic Mike is not real. We see Magic Mike during the day, going by Michael, working some construction job, struggling to start a business of his own. That’s what this film is actually about. Night versus day. Illusion versus reality. For a certain amount of time each night, Mike gets to live in a fantasy world. It’s only when he begins to mentor a young, new stripper, Adam (Pettyfer), that he begins to see how hollow it all is. Magic Mike is a solid film underneath the heavy layers of pageantry, eye candy, and other distractions; most of it necessary. It can’t quite convince me that they are not all meatheads, but it did make me care about their plight and I enjoyed the journey, besides. 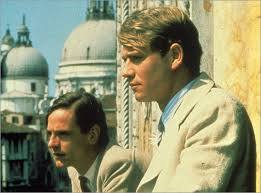