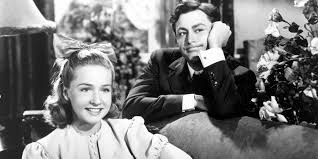 Carlo Carlucci: Here, we take our time. We cook our pasta, we sprinkle our Parmigiano, we drink our wine, we make our love…

Wendell Armbruster: What do you do in the evening?

Carlo Carlucci: In the evening, we go home to our wives.

Wendell Armbruster (Lemmon) is as stiff and tightly wound as can be; an American in Italy, not for pleasure but for business of a sort. His father died while on his annual “therapeutic trip” to Italy and Wendell is charged with bringing the body back to Baltimore for the funeral. Wendell finds out that his father was actually, once a year, shacked up with his mistress at the local hotel run by the worldly Carlo Carlucci (Revill). While struggling to get his father back home in time, Wendell meets and slowly falls for Pamela (Mills), the sweet but insecure daughter of his father’s mistress. Life is complicated but Billy Wilder makes it seem worth it. He’s obviously one of the best and he can make the messiest of scenarios charming and sometimes funny. Avanti!, however, is not a wild romp or as comedy-driven as you might expect based on its poster. This is more often a serious romance with bouts of humor and wit. Lemmon and Mills are fantastic. Mills, in particular, is very sweet, and Revill, whom I learn is actually from New Zealand, is convincing and charming as the Italian hotel manager. Avanti! may be too long but I personally don’t think so. I don’t mind long films so long as they’re not boring. Avanti! isn’t boring. It slowly becomes one of the great romances. 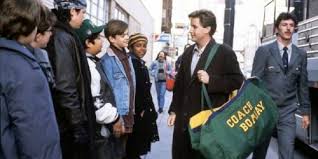 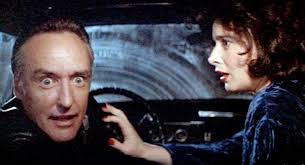 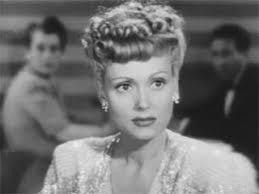 Director, Brian De Palma, is a technical wizard. He is a master stylist and can do amazing things with a camera. He’s also never made a boring movie. Many times, though, he can work with lesser material, or, in this case, a plot that is pretty inane (not to mention derivative of Hitchcock’s Psycho). Angie Dickinson is Kate Miller, a bored, sexually-frustrated housewife who frequently visits a psychiatrist, Doctor Robert Elliot (Caine), for some guidance. De Palma’s wife at the time, Nancy Allen, plays a prostitute, Liz Blake, who witnesses a violent murder. None of this matters as much as the schlocky atmosphere or the impressive sequences De Palma puts together. The parts are truly worth more than the whole. A lot of the content is pure male fantasy. Supermodels for nurses. Bored housewives. Etc. Like I said, it’s not boring. 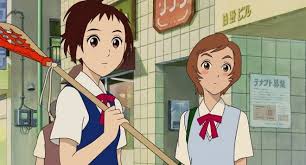 From the powerhouse of Japanese animation, or really just animation as a whole, Studio Ghibli, The Cat Returns follows a high school student named Haru (Hathaway) who saves a meandering cat from becoming roadkill only to learn that the cat is royalty in a far off kingdom inhabited exclusively by cats. In danger of being whisked away to said kingdom and forced into marriage, she enlists the help of the cat bureau led by Baron Humbert (Elwes) and the portly cat Muta (Boyle). This is a wonderful, light, oddball fantasy with truly fine voice work by its English cast. Not quite on the level of Hayao Miyazaki’s work but that’s no real indictment.