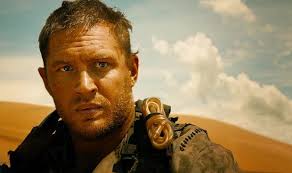 Five years later and I’m still disappointed that Mel Gibson isn’t in this movie. Gibson’s Mad Max Rockatansky is iconic and I believe the actor’s growing age would only add to the mystique of the character. Imagine a grizzled, bearded Gibson wandering through the Australian wasteland. That’s a movie I’d like to see, but that doesn’t happen to be what Fury Road is, and it’s a real credit (as backhanded as it sounds) to Tom Hardy that I’m able to overcome my initial disappointment and appreciate the film for what it is; a benchmark action film. Hardy takes over the Mad Max role, reluctantly helping a group of women, led by Furiosa (Theron), escape their tyrannical husband, Immortan Joe (Keays-Byrne). Theron is nearly as iconic in her role as Gibson was all those years ago. Director, George Miller, reimagines his own creation and delivers something visionary.