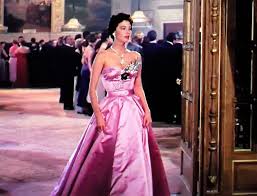 Jerry: What she’s got you couldn’t spell – and what you’ve got, you used to have.

I admire the way Joseph L Mankiewicz, both director and writer, plays with structure. He showcased this originality earlier with the films, A Letter to Three Wives and All About Eve. In The Barefoot Contessa, we begin at dancer-turned-movie star, Maria Vargas’ funeral, and then flashback to her life episodically through different characters’ recollections of the great diva. Harry Dawes (Bogart) is a jaded Hollywood director and played a significant role in luring Vargas to movie acting. Oscar Muldoon (O’Brien) is a lap dog but a consummate publicist and makes Maria a star. Alberto Bravano (Goring) is a spoiled multimillionaire who always gets his way until he meets Maria, and Count Vincenzo (Brazzi) loves Maria too much for any good to come of it. It’s maudlin, soap opera material but the great directors of the time (and I certainly include Mankiewicz) infused the melodrama with great style, wit, and biting commentary. The Barefoot Contessa is one of the most glorious exemplars of color ever produced. The stars are well-suited to their characters- Gardner, in particular, is given her most substantial role- and the dialogue is magnificent.

One thought on “The Barefoot Contessa (1954, Directed by Joseph L. Mankiewicz) English 8”