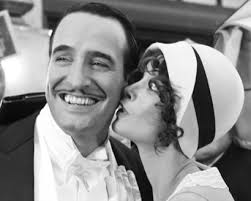 2 thoughts on “The Artist (2011, Directed by Michel Hazanavicius) English/Silent 9”