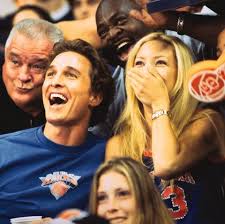 Andie Anderson (Hudson) is a popular columnist for a fluff magazine, Composure. Her newest piece is called, “How to Lose a Guy in 10 Days.” Her victim: cocky ad executive, Ben Barry (McConaughey). What she doesn’t know is Ben’s made a bet with his boss that he can make her fall in love with him by the end of two weeks. She’s trying to get him to leave, he’s determined to stay, and by the end the two fall in love. Pretty by the numbers. The film is often amusing. There’s no denying that Hudson and McConaughey are good together and get the most out of the material. Much of the runtime though is dedicated to Hudson’s character being annoying which was…annoying. It’s also not a very romantic romantic comedy.