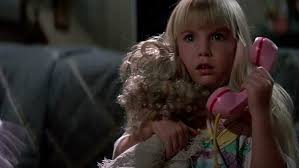 I’m debating how harsh to be about Poltergeist II: The Other Side. The obvious truth is that it’s not very good, but it’s difficult to gauge just how bad it is. Bringing back the Freeling family for another go-round with the supernatural, this time they square off against the ghost of an evil cult leader, Reverend Henry Kane (played effectively by Beck), one of the few things that work in this sequel. Aside from the creepy Reverend, there isn’t much of anything to remember about this movie. Tangina (Rubinstein), great in the first film, returns. A new character, Taylor (Sampson), is added, but the film has very few ideas and goes nowhere with them. It’s not an unpleasant watch. It’s over very quickly but there’s nothing remotely thrilling or scary happening. Horror and comedy rely so much on surprise. Nearly every remake or sequel in these two genres is worthless.