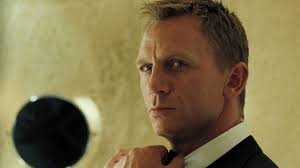 For a franchise to go on for over fifty years, it needs to grow, to reinvent itself, to feel fresh again. Before Daniel Craig, James Bond had been treading water for far too long. Casino Royale reenergized the Bond series. Craig plays a younger Bond, only just promoted to 00-status and still not fully trusted by his superior, M (played by Judi Dench). He’s tasked with beating a nefarious figure, Le Chiffre (Mikkelson), at a high-stakes series of poker in order to push the villain into a corner, where presumably he’d be forced to give up valuable information to MI6 in order to stay alive. This is the best Bond film in my opinion. There’s actual romance instead of the ultra-casual flirtations that had dominated the series to this point and, in my eyes, are almost self-parodying now. Eva Green makes a wonderful Bond Girl, establishing herself from the first scene as an equal when she sizes Bond up, and Mads Mikkelson leaves an indelible impression on presence alone. More than anything though, and the supporting elements are superb, Casino Royale is about Daniel Craig. He gives a full, rich performance that goes beyond the posturing. He makes the swagger look like a defense.