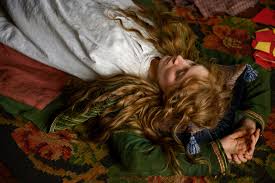 Between Louisa May Alcott’s novel and the numerous adaptations (Winona Ryder’s 1994 version in particular), I know Little Women by rote. The story of the four March sisters- Jo (Ronan), Meg (Watson), Beth (Scanlen), and Amy (Pugh)-in New England, 1860s, through a few critical years in their young lives. I imagine writer/director Greta Gerwig has both read and seen the various versions of Little Women even more than I have and so, her approach to the material, to tell the story nonlinearly, is an inspired choice and, more importantly, skillfully done. Gerwig knows we know everything that is to come. So she weaves through the story, playing on our memory. The way scenes pass and move to the next scene artfully reflects how we think back on our lives. In fact, each scene is a memory-some romantic, some wistful, always fleeting. By the end, the overall experience feels long and substantial but also somehow fast. The performances are strong and I will say that certain characters, I think Meg specifically, shine a bit more than in other adaptations. My one complaint and I haven’t fully contemplated the scene yet is the romantic conclusion between Jo and Professor Bhaer (Garrel). Women do not need to marry to be fulfilled or to be happy. I understand that’s a point this Little Women wanted to make but the sequence of Jo asking the Professor to come back and be with her came across to me as Gerwig making fun of the material. Hearing her discuss Little Women, I don’t believe that she is making fun but it was too self-aware for my taste, at least on first viewing.