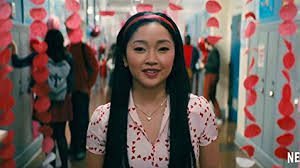 Recap: a girl writes love letters to all of her past crushes for her own private catharsis but, due to some meddling by her younger sister, the letters get out, ultimately resulting in her falling for one of the recipients. I can just manage to remember feeling satisfied after the first film, To All the Boys I Loved Before, when Laura Jean (Condor) and Peter (Centineo) end up together. What a high. The two young people so different from one another are in love. End of movie. End of story. Happily ever after, but obviously here’s the sequel and so, obviously, it can’t be happily ever after because that would be completely boring. Instead, we’re introduced to John Ambrose (Fisher)-mature, sensitive, musically-talented John Ambrose-another one of Laura Jean’s old crushes, and suddenly Peter and Laura Jean seem all wrong to me. The result is that the ending of P.S. I Still Love You is a great deal less satisfying to me though I enjoyed the film as a whole just as much as the first one. I’m reminded once again that watching two people fall in love is so much more enjoyable than watching them stay together.