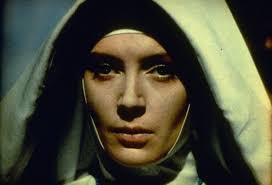 There’s something mysterious about Black Narcissus, one of Powell and Pressburger’s many masterpieces, about a group of nuns led by the young sister superior, Clodagh (Kerr), who set up camp in the Himalayas and find the locale has a strange effect on them. For something so melodramatic, so sensationalized and emotional, I have always felt that there is so much more underneath it all. The characters are transparent. I feel that their desires are well-understood if not explicit, but what the film itself feels about these characters is a mystery to me, still, after a couple dozen viewings. Black Narcissus seems somehow both provocative and aloof, emotional and detached. It’s one of cinema’s greatest enigmas on film, which is why it gets better each time I come back to it. Seen by some as a reflection of Britain’s relationship with colonized India, this glorious technicolor drama with incredible set designs and subtly passionate performances is among the best films ever made.