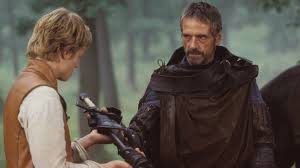 Eragon, a humble farm boy in a distant, fantasy land, Alagaësia, receives a stone of rare magical ability sent out by Princess Arya. This thrusts him right in the middle of an epic struggle between the oppressed people of Alagaësia and the evil tyranny of Galbatorix (Malkovich) with old Brom (Irons) as a guide and a faithful dragon, Saphira (Weisz), as an ally. I don’t fault a film for ripping off a classic, it’s just they always do it so badly. Eragon, based on a popular novel written by Christopher Paolini but clearly deeply indebted to the original Star Wars film, should, at the very least, be so much more entertaining than it is. How do you steal the formula from Star Wars and still bore me to tears?