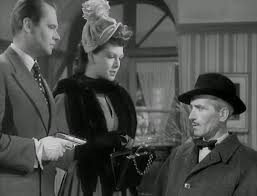 Spies, murderers, adulterers, and the French police collide aboard the Orient Express on its way from Paris to Trieste (evidently a small town in Italy). Two agents, Zurta and Valya, kill a man and steal an important diary from the embassy in Paris with secrets that could prove catastrophic in the wrong hands. A man, Poole, thought to be an accomplice, double-crosses them and takes off aboard the train through Europe, hoping to sell the diary for himself. Zurta and Valya catch the train too and a host of characters are introduced as Poole evades his old partners. Short, with no stars or substantial characters, Sleeping Car to Trieste focuses on suspenseful situations, witty dialogue, and an exciting setting. It was an enjoyable old-fashioned thriller though I’ve already started to forget what happens.