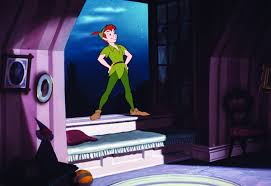 A flying boy, with the help of his loyal friend and fairy, Tinker Bell, takes a trio of couped-up children to the magical, adventure-filled world of Neverland, where nobody ages. Peter Pan is an extraordinary story (by J.M Barrie) that has never translated into an extraordinary film. As nostalgic as Spielberg’s Hook is or as wonderfully animated as this, Disney’s 1953 version is, they lack the depth and the magic of Barrie’s original. Disney instead goes for pure adventure and succeeds on its terms. The animation is impressive, exciting, what-have-you. The designs of each character, especially Pan and Tinker Bell, are iconic. The story, however, loses something with very little time given to character development. It’s more about personalities than characters.