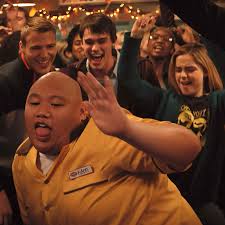 Here’s Netflix’s attempt at a Christmas film for the young adult crowd. The diversity is well-orchestrated. They’ve really covered their bases. I personally don’t see the teen house party film meshing well together with an earnest Christmas sentiment. Let It Snow tries. A handful of teenagers grapple with their love lives in a small, snowed-in town in Illinois, while Keon (Jacob Batalon) just wants to host an awesome party. Every note is dutifully done, but a good house party movie needs to be raucous in my opinion and a good Christmas movie needs to be earnest. Let It Snow is somewhere in the middle, aside from being melodramatic and clichéd.