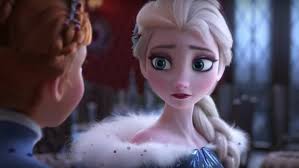 When it comes to film, it’s not that I necessarily enjoy going against the grain of popular opinion. I just don’t mind it. I’m confident, assured, not that my opinion is right, but that my opinion is honest and fair.  Untainted by malice or lurking variables. I go into every theater wanting to like what I’m watching. I don’t prepare my headlines beforehand (unlike many professional critics for Mel Gibson’s Apocalypto). I don’t formulate my bottom-line until after the credits roll, usually a day or two after. At the same time, my feelings about a film ten minutes into watching it are typically pretty close to my feelings after its finish. Ten minutes into watching Frozen 2, I was bored and waiting for Disney’s latest to kick it into high gear. For me, it never did. Some may appreciate the darker-toned adventure tale. I think Frozen 2 feels more like a spinoff than a sequel. Better yet, a series of deleted scenes from the first that are inessential but intriguing if you’re a massive fan of Anna and Elsa. I am not. I liked Frozen. I liked Frozen 2 less.

It starts off with Anna and Elsa as children, told their family’s history by their father and mother. Through the latter pair’s epic story, we learn of King Runeard, Anna and Elsa’s grandfather, of a distant land known as Northuldra, of a foreign people who befriended the knights of Arendelle and who wield the magic power to control the elements (water, air, fire, earth). At this point, I wistfully thought of Avatar: The Last Airbender and much of the intrigue Frozen 2 attempted to create blew past me. Fast forward to after the events of the first Frozen and Christoff contemplates how he’s going to propose to Anna. Olaf and Sven have become like members of the royal family. All is good in Arendelle and yet when Elsa continues to hear voices, she sets off on a journey to “discover the truth about the kingdom’s past.” I find this to be a pretty abstract goal for characters to pursue in an adventure film (rainbows need gold at the end, not secrets), let alone a family movie. If you are going to shape an epic quest about discovering a secret, it better be mind-blowing. Frozen 2’s secret would be elementary for Dr. Watson. There are only 2 options. Someone started the feud between Arendelle and Northuldra. Forget spoilers, it’s either someone from Arendelle or Northuldra. Frozen 2 hides its simple mystery in convoluted plot construction. At no point was I 100% sure what the characters were striving for or where they were going. I hoped that the movie would get more entertaining once they got there.

Elsa really becomes the focal point this time around and, out of fairness, let me disqualify myself a bit here. She’s incredibly popular, but I’m uninterested in Elsa unless she’s singing me a song. I was uninterested in her angst and now that that is gone, she is even less interesting. How would you describe her character? It was okay when she was a supporting character to point to “Let It Go” as character development, but now that we’ve come to the sequel and she’s the star, I need more. They give less. She’s a moth chasing a flame the entire story. All of the interesting stuff online written about Elsa lives in the world of fan-fiction. She’s a queer icon, for example. You could say that Ursula from The Little Mermaid or Cruella De Vil from 101 Dalmations or Merida from Brave are lesbians if you wanted to, but even if you don’t, they have other characteristics. Elsa’s nothing if she’s not a queer icon. They might as well have made it explicit (the implication, not the content obviously). Or would that be implicit? Whatever the case, she doesn’t do anything in this movie to deserve that admiration from part of the gay community.

The other characters are much stronger. Anna is an incredibly likable heroine, though she spends most of the film trying to follow Elsa and they’re both just plot devices in this sequel. Christoff, Sven, and Olaf provide the movie its only sense of fun, humor, and character motivation.

The animation is naturally first-rate. Disney is a first-rate animation studio. They have an insane amount of money and resources to work with and they didn’t skimp on Frozen 2. I wouldn’t suggest either that the filmmakers or actors mailed it in. Frozen 2 takes chances in abandoning any past template used for a Disney Princess picture (although maybe it’s a little similar to Moana). It seems more inspired by superhero origins stories than past Disney movies, but I’ll say the same thing I said about Moana and Brave. If there’s no romance and no villain then I’m probably bored. I honestly spent the first half of its running time thinking that the main plot hadn’t started yet. And I don’t have much to say about the soundtrack except that I won’t be buying it.