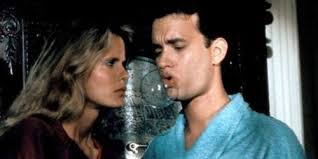 Two CIA heads’ rivalry and constant one-upmanship lead Richard Drew (Hanks), a dopey violinist, to become involved in their games of espionage, after being mistaken for a spy. The Man With One Red Shoe is in need of a more exciting tone, or, if sticking with comedy, more laughs. As it is, it is neither funny nor exciting. Tom Hanks’ likeability is wasted here, along with the talents of the solid supporting cast.