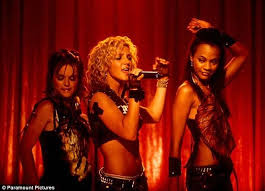 Three teenage girls and a brooding older guy take a soul searching road trip across the deep south. Meant to be a dramatic vehicle for pop star Britney Spears, the film is just way too much. There are plenty of clichés, but worse still, they’re lifetime channel clichés; date-rape, cheating boyfriends, pregnant teens, distant mothers, a girl’s first time. It alternates between laughable and hard to watch. That being said, the film is much better than fellow pop star, Mariah Carey’s debut Glitter (2001), and that does count for something.

One thought on “Crossroads (2002, Directed by Tamra Davis) English 3”