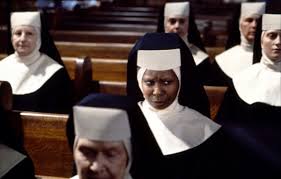 Whoopi Goldberg in a habit was apparently enough to pack them in the theater back in 1992, and it’s enough to pass the time closing in on thirty years later. She plays a Reno lounge singer named Dolores who sees her gangster boyfriend, Vince LaRocca (Keitel), murder a man, and must go into the witness protection program after deciding to help the police put him away. They put her in a convent in inner-city San Francisco led by the old-fashioned Reverend Mother (Smith) and your classic fish-out-of-water comedy begins. Sister Act is light on laughs for me but makes up for it with charm and a host of appealing characters. Whoopi, of course, leads the way but the supporting cast is wonderful.