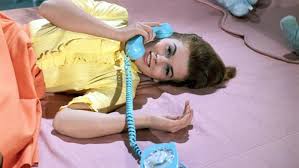 Inspired by the national obsession with Elvis at the time, Bye Bye Birdie goes from stage to film, adapting its story about a teen idol named Conrad Birdie (Pearson) who gets drafted into the military. His almost psychotic fan base made up of young women is devastated but so is Albert Peterson (Van Dyke), a struggling songwriter whose breakthrough in selling a song is undone by the news. Albert’s loyal girlfriend, Rosie (Leigh), concocts a scheme that might turn things around for him though. Birdie will perform a final time on The Ed Sullivan Show, before kissing one lucky fan, Kim (Margret). Maybe Conrad will sing Albert’s song after all. I didn’t fully understand how Rosie’s scheme came together. She seemed to have better connections than makes sense. I also felt the director or the producers maybe had a massive crush on Ann-Margret. It’s understandable but hurt the overall film to a degree. She’s excellent in her role and a star but so are Van Dyke and Janet Leigh who get short-changed. Besides, by focusing so much on her, the story which should really be an ensemble show becomes too episodic. That doesn’t stop it from being entertaining. There are a number of great scenes and musical numbers in Bye Bye Birdie. Conrad Birdie’s “Honestly Sincere” is my favorite. All in all, it’s a top-notch show.