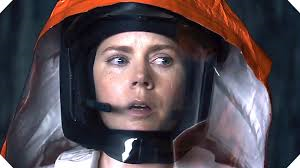 How to describe this film’s plot? I suppose it is fitting for a film so concerned with the passing of time to be an unbound, nonlinear work. All I can claim to understand clearly is that Amy Adams plays a linguistics professor asked to assist in communication with a group of aliens that have recently materialized. Critics have praised the confident pacing, but, in my book, that usually means slow and boring. I’ve also realized about myself that I don’t care for friendly aliens when it comes to movies. Give me the childish aliens vs. humans narrative every time over this well-crafted “intelligent” film. A film has to be entertaining before it can be anything else.