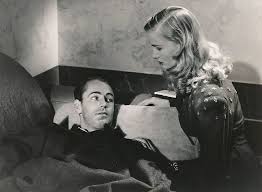 Early adaptation of Dashiell Hammett’s novel featuring Donlevy as Paul Madvig, a big-time crook and political organizer, and Alan Ladd as his right-hand man and best friend, Beaumont. Their small empire runs into trouble when Paul alienates another powerful crook, Nick Varna, at the same time falling in love with a politician’s daughter named Janet (Veronica Lake), who happens to be the sister of a man he’s thought to have killed. It’s up to Beaumont to clean up the mess, and untangle the mystery, as he fights off the growing attraction between himself and his best friend’s girlfriend. Slick noir, with excellent supporting turns from Joseph Calleia and William Bendix. Ladd and Lake are justifiably a classic screen couple. Their smoldering makes the all too neat ending not only passable but completely satisfying.