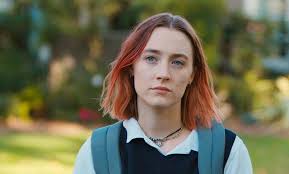 Coming of age appears to be a never ending well for filmmakers. Scenes of youthful heartbreak, awkward courting, problems with parents, and insecurity running rampant shouldn’t feel as fresh as writer/director Greta Gerwig and her cast make them feel. Saoirse Ronan plays Christine McPherson, a.k.a “Lady Bird” (self-ascribed). She’s middle-class at a private catholic school in Sacramento where she seems to be surrounded by the wealthy and the cool. Her father, recently laid off, can’t afford to send her to the fancy schools in New York she desperately wants to attend, and her over-bearing mother (played by Laurie Metcalf) isn’t helping her insecurity. How much of this derives from Gerwig’s own life, I couldn’t say, but one of the film’s best qualities is the authentic progression of the protagonist, the truthful way the little but meaningful events of her life unfold, and the knowing humor that fills the movie. Like the best of memoirs, it alternates between nostalgia and painful moments beautifully, and there should be enough in the film for anyone to relate to.