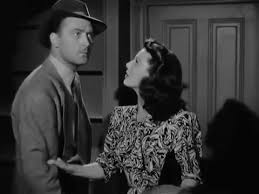 A happy couple, the husband, an amateur mystery writer (Aherne), and the wife, a quick-witted beauty (Young), move into a seemingly nice apartment, but the neighbors act strange, and soon a dead body turns up. The two decide to investigate and stumble upon a large blackmailing scheme. Perhaps spurred on by the success of Nick and Nora in the Thin Man series, this mystery film’s best quality is the chemistry between the charming lead couple. The actual mystery has an intriguing premise but isn’t fully developed and lacks suspense.