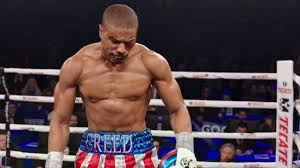 As the film’s protagonist attempts to walk in the shoes of his legendary father, Apollo Creed, so does this boxing picture walk in the gigantic footsteps of the original, Rocky. Starring Michael B. Jordan as the illegitimate son of Carl Weathers’ character from the franchise, this film delivers great drama using sports as a metaphor for life. Sylvester Stallone has played Rocky Balboa now seven times, but he has never been better than he is here. The film’s lone flaw is its villain, Pretty Ricky (Bellew), who’s convincing as a fighter for obvious reasons but isn’t intimidating enough as a film villain.