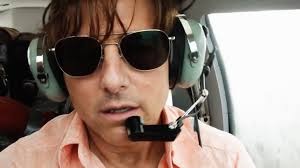 Barry Seal, a TWA pilot in the ’70s, spirals into the ’80s as a gun and drug-runner for the CIA, Pablo Escobar, and much of Central America. I knew none of this, and as a story, apparently true, I found it fascinating. As a movie, I found it competently done, but rather safe. Tom Cruise plays Seal, and he still has enough star power and charisma to guide us along the course of the film. I feel American Made aimed for some of that Wolf of Wall Street chaotic, stranger-than-fiction true story energy and it only partly comes off. It’s a good film, but not one you need to see twice.