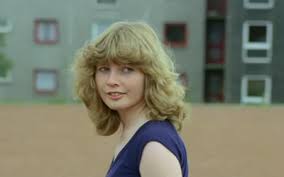 Gregory (Sinclair) is the ultimate awkward, gangly teen. He lives in a very small town in Scotland and has his first big crush when he meets the new girl trying out for the soccer team, Dorothy (Hepburn). He quickly finds that he’s not the only one pining for her, so he turns to anyone who will help him for advice, including his wise-beyond-her-years, 10-year-old sister. Painfully embarrassing at times, I guess that’s a credit to the film making and acting which makes the story seem painfully real. It’s also terribly funny.