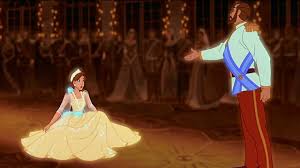 Filmmaker and animator Don Bluth started out at Disney, working on films like The Rescuers, Pete’s Dragon, and Robin Hood. All fine films, but there’s no doubting that Disney Studios had lost much of its luster since its namesake and leader passed in 1966. They produced several animated pictures in the ’70s, but only one real hit and Bluth felt it was more than just a commercial slump. He felt the studio had lost its way, so he left. He started his own studio with a group of similarly disenchanted Disney animators. During their run, between the years 1982 (when their first film, Secret of NYMH, was released) and 2000 (when their last film, Titan A.E, came out), they were incredibly prolific. They made ten pictures in 18 years, only a few less than Disney (with its immense advantage in money, resources, and animators) during that time. Disney has, of course, bounced back, and Bluth’s studio faded with his, I assume, retirement, but one example of the kind of minor victories Bluth achieved over his former employer include a comparison between Secret of NYMH (1982) and The Black Cauldron (1985). The former, Bluth’s debut, made twice as much as it cost, while the latter, Disney’s foray into dark fantasy, made half of its production cost. I can’t claim that it was all triumphs for Bluth and his company. His production of Thumbelina and A Troll in Central Park, both released in ’94, are among the worst films I’ve ever seen and certainly the worst animated, but there are also several memorable minor classics like A Land Before Time, An American Tail, and the aforementioned Secret of NYMH. One of his greatest accomplishments, however, is 1997’s Anastasia.

At the height of Disney Animation’s popularity, Disney’s renaissance, Bluth took them on at their own game. Anastasia is the best Disney princess movie not made by Disney. Not even Dreamworks Animation has attempted a princess movie and for more context, the first time Bluth tried it, the result was Thumbelina, which I’ve already told you is garbage. Thankfully, Anastasia is much, much better. It fictionalizes the fate of the Romanovs in the early parts of 20th century Russia. Cursed by Rasputin (voiced by Lloyd) wielding dark magic, the members of Russia’s royal family are killed, except for the mother of the Czar, the Dowager Empress, Marie (voiced by Lansbury) who escapes to France, and the Czar’s young daughter, Anastasia (voiced by Ryan) whose fate is unknown to the rest of the world. Many years later, Anastasia, now Anya, leaves the orphanage she grew up in, having amnesia and not remembering who she really is. Traveling to St. Petersburg for the first time, she meets Dimitri (voiced by Cusack), handsome con artist, and his partner, Vlad (voiced by Grammar). Dimitri and Vlad convince Anya to go with them to meet the Dowager Empress in Paris, and though they don’t know that Anya really is Anastasia, they believe she bears enough resemblance to fool the old lady into giving them a sizable reward. Along the way, several obstacles threaten their lives and Dimitri and Anya fall for one another. Plus plenty of singing and dancing.

The Disney princess formula is ingenious. Beautiful, likable princess. Always an outcast in some way or another. Animal companions. Imposing villain. Handsome love interest. Comedy. Tragedy. Music. Romance. Spectacular animation. Anastasia gets all of it just about right. Since I enjoy quibbling, I do feel that the music, while enjoyable, lacks complexity as far as the lyrics, and the film as a whole is light in laughs. What Anastasia offers, though, is a wonderful premise built around solid characters and Bluth’s typically stunning visuals. Apparently, Bluth objected to what he saw as Disney skimping and cutting corners to the detriment of the visuals, the animation, the art. Several animation historians have also commented on some of the company’s practices during that period. Bluth’s movies always look great. I question his storytelling ability (it often seems an afterthought) but not his art. In Anastasia, he finally matched his splendid animation with a story equally enchanting.