What if games are as futile and inane as trying to keep a body count in your head while watching Death Wish 3- you can’t change time-and yet, they’re fun. Recently, I’ve been imagining certain films, great films even, with different actors in key roles. How dramatically that changes the film is a case by case situation, but there’s no question it reshapes each one. What follows is my five favorite alternate casting choices. I left off films that were beyond redeeming, such as The Last Airbender, which suffered from poor casting, but even with solid casting, couldn’t be saved. Most of my picks are great films that I feel could be even greater with these surrogate actors. Here goes:

Will Smith in Django Unchained

This was so close to happening. Tarantino wanted the superstar for the title role but was apparently turned down by Smith. Django Unchained was the best movie of that year, and Tarantino is one of the best filmmakers going, so I’m more upset about what Smith missed in his career than what Django Unchained lost. I’ve heard that Smith wanted Django to be the one to kill Candy (ultimately played by DiCaprio), and was pushing back on a number of plot points. Why fight a Tarantino script? It’s a shame since I really think Smith would have been fantastic in the role, as good as Jamie Foxx is. Smith has star power, and it would have been a bold move in his career. Instead, he did After Earth with his son, Jaden, trying to make him a star, and hasn’t fully recovered the box-office power he once had. You can’t stay on top without taking risks. Once you lose your power to surprise people, you lose your power. I really think Smith missed a huge opportunity.

To be fair, he came out afterward and had this to say, “It was about the creative direction of the story. To me, it’s as perfect a story as you could ever want: a guy that learns how to kill to retrieve his wife that has been taken as a slave. That idea is perfect. And it was just that Quentin and I couldn’t see [eye to eye]. I wanted to make that movie so badly, but I felt the only way was, it had to be a love story, not a vengeance story. We can’t look at what happens in Paris [the terrorist attacks] and want to f— somebody up for that. Violence begets violence. I just couldn’t connect to violence being the answer. Love had to be the answer.” Alright, you can’t fault an actor for having principles, though I disagree with his assessment. If it really was all about principles, and disagreeing with the heart of the film, then that’s his prerogative. 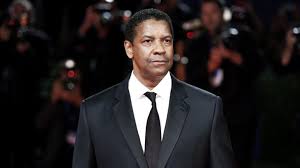 Here’s another example of a star actor who turned down a great role. Denzel Washington was David Fincher’s first choice for the role of young detective, David Mills (a role that finally went to a very good Brad Pitt). Not that it has affected Washington’s career much, if at all, but can you imagine him paired with Morgan Freeman, who was just incredible as Detective Somerset? The two had already worked together in the classic Civil War drama, Glory. Seven would have been among Denzel’s best films, and would have benefited from both actors’ gravitas and charisma. 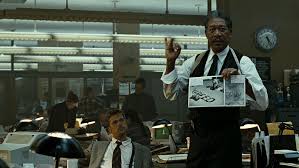 Denzel, himself, later commented that he passed on the role because he felt that it was “too dark and evil.” He says when he saw the finished product, he kicked himself. David Fincher wasn’t an established name at the time, having only directed one film, Aliens 3, which was, well…I can see it being difficult wanting to go out on a limb with that material with an unproven director. 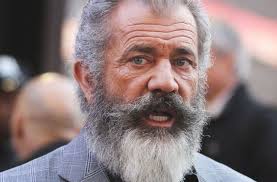 This choice is slightly different. Mel Gibson, to my knowledge, was never offered the Mad Max role that Tom Hardy played in Fury Road. It’s also different because Mel obviously originated the role in the landmark trilogy starting back in 1979. Mel Gibson is Mad Max, and no disrespect to Tom Hardy, who did an admirable job of putting on the shoes, but I don’t want to see anyone else in that role. I’ve heard talk about the reason for the switch being that Gibson was “too old,” for the role. I shake my head at that. I think old Mel Gibson could have been the best Mad Max yet. Picture the barren apocalyptic setting of the franchise. Picture all the death and destruction, and then picture an old, grizzled Gibson somehow surviving and outliving everyone and everything, even though he probably longs to die. That could have been incredible. Yes, Fury Road was great, and the best of 2015 already, but I truly believe it could have been better still. The real reason Gibson wasn’t hired, or likely considered, was that he was still in the doghouse for his boorish behavior several years prior.

Michelle Williams in The Great Gatsby 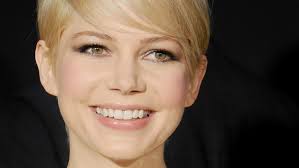 Michelle Williams could be a great Daisy Buchanan. Carey Mulligan, who is an extraordinary actress, failed in my mind to make the requisite impression. Partly, I’m sure, the fault of the filmmakers, her Daisy gets lost in the shuffle, and becomes scenery. Leonardo DiCaprio and Joel Edgerton completely overpowered all of the other actors. Mulligan said about her performance, “I’m not sure if I kind of lost my way because I was intimidated by the scale of it. I think I might have been overawed by my experience and intimidated by the level of performances around me. It was how big it was and how visual it was. I definitely felt there were fleeting moments where I really found the character and then I felt like I lost her a little bit. I’ve never been wholly thrilled about my work in it.”

Williams’ performance as Marilyn Monroe in the film, My Week with Marilyn, really suggested to me that she was capable of handling this iconic, fictional, woman as well. Daisy, aloof, vapid, superficial, among such weighty male roles is a very difficult challenge. Actors are taught to get to the root of a character’s motivation, to give them depth, but that’s contrary to how the role of Daisy needs to be played, and then, on top of that, it’s directed by Baz Lurhmann, so there’s music blaring, choreographed dance numbers all around. It’s easy to get lost in the maelstrom. 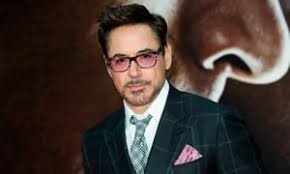 Robert Downey Jr. as Doc Sportello seems like a no-brainer to me. Sportello is a weed smoking, wise-cracking, counter-cultural private eye in early 1970s Los Angeles. Instead, Anderson reteamed with Joaquin Phoenix, 2 years after their sublime work together in The Master (2012). Phoenix mumbles his way through this 2 and 1/2 hour snooze fest. I didn’t like this film at all, and maybe I just missed the point completely, but I think Downey Jr. could have helped. He, at least, would have been intelligible and might have brought some wit to go with the film’s aimless style. Downey Jr. was considered for the role, but was shot down eventually for being “too old.” That’s kind of bizarre to me. 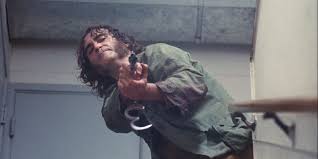