Here comes an article from the old cantankerous man in me, but every other Hollywood R rated film has one: the obligatory sex scene. On average, it’ll last 5 seconds with an emphasis on the upper body accompanied by bedroom sounds. It’s not difficult to picture the behind the scenes mechanics of a Hollywood sex scene. Many actors have spoken about how awkward they can be. Setting aside the tedious details of how simulated sex scenes are done, attempting to look past any prudishness I have, I simply don’t think sex scenes are ever very good, and that’s not reserved for Hollywood. Perhaps there’s a bias that comes with being an American, but for me, as opposed to violence in film, sex scenes, in general, are not interesting cinematically. Sex scenes, simulated or unsimulated, are not romantic, they’re not sexy, they’re rarely realistic, and they’re always reduced to the same level (regardless of the acting or technical talent involved). 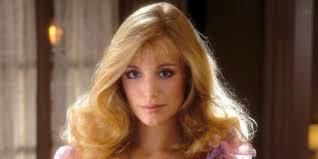 I can think of one handful of exceptions, but the majority of sex scenes aren’t sexy. When I think of sexy or romantic scenes across film history, I think of Sanaa Lathan and Omar Epps playing basketball together in Love and Basketball (2000), Harrison Ford and Kelly McGillis sharing a passionate kiss at long last in Witness (1985), James Stewart and Donna Reed sharing a phone call in It’s a Wonderful Life (1946), Anthony Hopkins and Emma Thompson struggling over a soppy book in Remains of the Day (1993), Daniel Day-Lewis unbuttoning Michelle Pfeiffer’s gloves in The Age of Innocence (1993), just off the top of my head. These scenes all built up dramatic tension through writing, acting, staging, what-have-you. How many different ways can you stage a sex scene? What’s the last sex scene that was filmed in a way you hadn’t seen before? I don’t think it even matters, because my main grievance with sex scenes, and maybe this only applies to me, but they all work on the same level, and sure they’re appealing on a base level, but not on any level I respect. Have you ever watched a sex scene and been impressed or moved by the performances? I haven’t. It doesn’t matter if it was Oscar winner Cate Blanchett or Playboy Playmate Shannon Tweed, no one is watching the acting. No one is thinking about the movie. If there is nudity involved in a scene, no one is thinking period. Can anyone relate Little Finger’s back story (this is a Game of Thrones reference, so not a movie, but my point remains)?

Violence in cinema can serve any number of purposes. It can give a film weight (Unforgiven), setup suspense (Texas Chainsaw Massacre), provide dark humor (Pulp Fiction or Fargo). Violence can even be aesthetically beautiful (which I’m sure many object to) as in Jean-Louis Trintignant’s sacrifice in The Great Silence. Nine times out of ten, sex scenes are just there for me to ignore awkwardly with my family or friends.