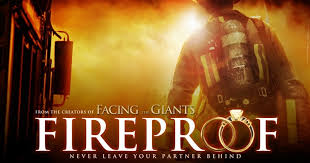 True, some are better than others; we’re starting to see talented actors attached to these small films. Many of them make an enormous profit: I Can Only Imagine made $85 million on a $7 million budget, for example. However, I’ve yet to see a movie that falls under the “faith-based” label that was interesting beyond replacing your end of the week sermon.

They are not challenging. Obviously, a sizable audience likes this. I don’t. I can look at the trailers for most in this genre, and tell you what’s going to happen, and what the moral will be. The resulting feeling is that of hearing a sermon. I don’t want sermons from film. I don’t think much of messages (whether they’re religious, political, social) in film. Themes are what give movies depth and what makes them last; themes, complexity, ambiguity. I look at literature, at some of my favorite novels, Silence by Shusaku Endo for example, and I would call this a faith-based novel. Catholic priests in the 17th century persecuted in Japan grow involved with underground worship, skirting the country’s strict laws against Christianity. The premise alone is intriguing, but Endo created a protagonist, Father Rodrigues, who was self-righteous and looked down on the native Japanese, so that the narrative has an extra-dimension of interest with Rodrigues’ personal arc, climaxing with his moment of shame, but resulting in his being humbled. Silence deals with themes of questioning God, feeling like God is being silent in your life, and forgiving those who’ve wronged you, but Rodrigues’ personal growth and these themes are understood through inference and a thoughtful examination of the text, not spelled out in some wrap-up to close the novel.

There have been recent films that aren’t often associated with the faith-based set, that are, in my opinion, stronger works. Calvary (2014), starring Brendan Gleeson as a priest in a small Irish town who’s told in confession that he will be murdered by the end of the week, deals with the tragedy of Catholic priests molesting children in a way that’s really powerful, funny, sad, and surprising. Maybe that’s the key word that’s missing from many faith-based flicks: surprising.

One thought on “Pensées #6:Faith-Based Films Aren’t Any Good”