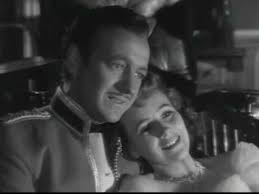 Based on a novel by Rumer Godden, Enchantment weaves through separate time periods, first recounting the romance of General Roland Dane (Niven) and Lark (Wright), a romance that started with their friendship as children and is tragically never fulfilled. Many decades later, at the height of World War II, the now elderly general meets his grand-niece (Keyes), in love herself, with a wounded soldier, and urges her not to make the same mistake he did. Melodramatic, but beautifully rendered and performed, this is an excellent romance of the old Hollywood style. The special effects to close out the picture are unexpected and spectacular.