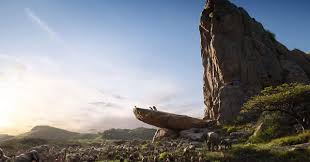 Brian De Palma, famed filmmaker, was once asked about the prospect of duplicating a film. You could do it, he said. Make a “Xerox of a picture, except it would have no soul.” I recalled these words said in an interview with Dick Cavett while watching Disney’s latest remake, The Lion King. Directed by Jon Favreau and featuring a cast full of first-rate talent, this Lion King has no soul, but that’s not the worst part. The worst part is that it’s boring. This is hardly the first remake. There have been hundreds of remakes before and there will be hundreds after, but I can’t name one that seems more unnecessary. The original Lion King came out in 1994 as Disney animation’s first work not explicitly based on any source material. The performances, specifically James Earl Jones’ and Jeremy Irons’, the imagery, the songs, are all iconic. That film will never die. A year or two from now, after it’s finished making a billion dollars, the new Lion King will fade until it’s completely disappeared to the place where all films with no souls go. Twenty years from now, this film will be obscure. We all know the story. Simba is born, son of Mufasa (Jones), and set to succeed his father as king in the future. His Uncle, Scar (now voiced by Ejiofor), jealously plots to usurp his brother and nephew. This is not a live-action remake. The visuals, while impressive, are ill-fitting to Disney adventure. They lack the expressiveness of the cartoon and the excitement of having real animals on camera. The voice performances are also largely disappointing. Timon and Pumba (voiced by Eichner and Rogen) are good, but the rest of the cast bring little to their roles. This Uncle Scar, one of the great Disney villains, is especially inferior.