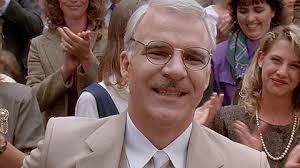 There are so many dysfunctional family comedies, but Ron Howard’s Parenthood aspired to be more. There is some dysfunction present: Helen (Wiest) and her children struggle after her divorce. Gil (Martin) blames himself for his oldest son’s anxiety. Susan (Kozak) feels unnoticed by her husband, Nathan (Moranis), and the black sheep of the family, Larry (Hulce), shows up out of the blue with a child and a fresh get-rich scheme. There’s comedy and some contrivance, as in any movie. Parenthood, however, endeavors to portray a modest, realistic family and uses comedy to paint an honest and moving portrait. It’s truly an ensemble piece and the cast is fantastic. Rather than feeling episodic (which it structure risks), Parenthood makes each scene standalone. Every scene works. Every scene is engrossing.