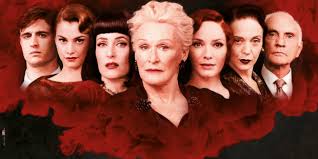 Adaptation of an Agatha Christie novel following private detective Charles Hayward (Irons) as he investigates a case given to him by an ex-girlfriend. The case involves the death of an enormously wealthy and corrupt patriarch, and, of course, all his relatives are suspects. Hayward meets the entire family of greedy eccentrics, as he tries to catch a killer. Christie became a world-renowned master of the whodunit mystery, and nobody does it better. Her story has been transported to the screen with skill and a cast full of strong performances. While this is not the best Christie adaptation, it is a perfectly good time though devoid of any truly memorable moments.