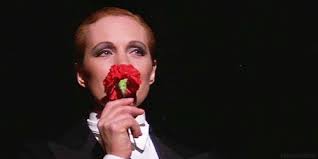 Desperate in the extreme to eke out a living in ’30s Paris, two American entertainers (Victoria played by Andrews and Toddy played by Robert Preston) cook up a scheme that can make them rich and famous. Victoria will pretend to be a man who pretends to be a woman on stage. Things grow complicated when an American gangster (Garner) falls for her, and she for him. It’s an elaborate and exuberant farce that features fantastic musical numbers, a torrent of gags, and witty one-liners. Feels old-fashioned and edgy, which is why, even today, the film seems progressive. Rather than being laugh out loud funny, Victor/Victoria has tremendous energy, and even amidst the madcap plot and never-ending misunderstandings, the characters are authentic.