Remakes of classics don’t generally garner much excitement. Curiosity maybe, but think of films like The Truth About Charlie, The Manchurian Candidate (with Denzel), or the shot for shot remake of Psycho starring Vince Vaughn. Those aren’t horrible movies, but the consensus seemed to be, “Who cares?” or “What’s the point?” More successful remakes usually benefit from the original film being unfamiliar to a large number of people. How many people have seen every version of A Star is Born? What superstar diva you think of when I say, “A Star is Born” likely depends on your age, and my point is that Judy Garland’s greatness (in the 1954 version) didn’t affect most of Lady Gaga’s audience (for the newest version), because the majority of them haven’t seen the former. Disney doesn’t have this advantage. Most people across the world have seen Cinderella, Alice in Wonderland, The Little Mermaid, Beauty and the Beast, Aladdin, Mulan, The Lion King, and so on. These movies are universal. I don’t believe any remake, regardless of what they do, can measure up to their animated origins. None of the remakes that have come out so far have even remotely altered my opinion on that, and yet, I’ve enjoyed the lot of them, and more important to Disney, with the exception of Dumbo and Alice Through the Looking Glass, they have made a massive amount of money at the box-office. I suppose it’s a credit to how beloved these stories are that people are willing, and excited even, to see them told again, with the surprise, freshness, and mystery gone.

To this point, the remakes have emphasized faithfulness to the source and that’s paid off. Over the past week or so, however, news of The Little Mermaid and Mulan has caused a stir, because absolute faithfulness is certainly gone from these two. I’ll start with The Little Mermaid because there’s very little known about it except for two interesting casting choices. Ursula, one of Disney’s best villains, will be played by Melissa McCarthy. McCarthy is a great actress but the reaction to her casting appeared mostly negative. It’s hard to gauge because Twitter is a fake-outrage machine, but my thoughts are that she’s not scary. She’s proven she can do great dramatic work, but can she be threatening? A lot of times, when an actor is miscast as a villain, they are forced to overact to make up for their lack of natural ability to be intimidating (see: Jesse Eisenberg as Lex Luthor). We’ll see. To be fair, I doubted Heath Ledger and look how wrong I was. Bigger news was made when Halle Bailey (whom I’m unfamiliar with) was cast as Ariel. Halle Bailey looks like this: 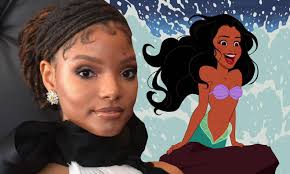 This is interesting. Is it a sign that the new Little Mermaid is willing to be different, or is it superficial? Do we want The Little Mermaid to be different? In any case, the filmmakers, I have no doubt, looked at a countless number of young actresses and found Bailey to be the best one for the job. I’m sure she’ll be great. I’m now very curious as to whether Prince Eric will be black. There has never been a black male love interest in any of these films. Not even in The Princess and the Frog. I expect the support for black Ariel to be strong and, provided that the rest of the film holds up, to lead to huge box-office returns. 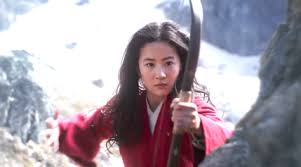 Almost coinciding with The Little Mermaid news, a trailer for next year’s Mulan remake released yesterday. The trailer showed off a live-action Mulan that appears vibrant, stirring, and well-crafted. There’s also a conspicuous lack of singing, romantic interest, and Mushu. Live-action Mulan is apparently going its own route and I’m slowly trying to get on board. I’ve complained about films like Beauty and the Beast being exactly the same as their source, so how can I complain now that one is daring to be different? I am skeptical though. Will Mulan be entertaining? It’s still a Disney movie. No Mushu or cricket leaves a huge hole for comic relief. No Li Shang likely means no romance. No musical numbers is just so disappointing since that music is great, and what they’re selling sounds a lot like pandering to China’s burgeoning movie theater market. What is this new Mulan? A gritty, serious PG war film? I’m not feeling that.