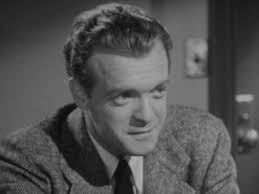 Broadway performer, Mida King (Dane), is murdered and since she was a horrible human being, everyone who knew her is a suspect. That includes slick private eye, Rocky Custer (Heflin), who argues with Police Inspector Gunther (Levene) constantly, but ultimately helps him solve the case. Typical whodunnit with a room full of suspects and a clever detective figuring it all out and then summarizing what happened so that we can understand it. The heavy use of flashbacks is an interesting addition though. None of the characters are especially intriguing outside of maybe Mida, the dead girl who we meet in the flashbacks. Levene plays the contentious but likable policeman well, but did so better in the few Thin Man films he did. In fact, the film as a whole suffers under comparison to the Thin Man series.