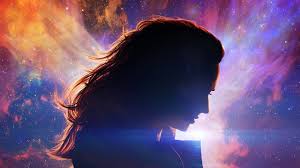 X-Men is one of Marvel’s best creations. The potential is there for some truly great superhero films, but so far, Logan is the only adaptation that I would call great, with X2, Days of Future Past, and The Wolverine being very good. You can go to a lot of different places with these characters. The comics have done noir, mixed in historical fiction, post-apocalyptic, futuristic tales. There’s a wealth of opportunities. To my disappointment, the newest X-Men is a reboot of the Jean Grey/Dark Phoenix storyline previously adapted in the woeful but hilarious X-Men: The Last Stand.  I understand that The Last Stand told Jean Grey’s story poorly, but I still would have preferred an original premise. The worst part, however, is that X-Men: Dark Phoenix isn’t even better than that film. Sure, it’s darker and less silly, but to what purpose? It’s also less entertaining.

This seems like an opportune time to reflect on how much I miss Hugh Jackman as Wolverine. Instead of his charismatic Logan,  Dark Phoenix gives us a brooding Jean Grey (played by Sophie Turner) as a lead, and it’s just not as much fun. The film opens with a pretty typical at this point origin episode. A grade-school Jean Grey’s telekinesis causes her parents to get in a car accident, killing them and leaving the young girl an orphan. It’s pretty similar to Rogue’s story, isn’t it? Enter Professor Xavier (McAvoy) who takes her to his school and promises to help her, this scene reminding me of Dumbledore and Voldemort in Harry Potter. The rest of the film takes place in 1992. Jean’s a young woman now. Scott Summers, or Cyclops (Sheridan), is her boyfriend. Mystique (Lawrence) has returned to the school, and she and the other X-Men work towards Xavier’s goals of peace between mutants and humans. One of the film’s few compelling storylines is the tension between Xavier and his students who feel like he’s become egocentric. Early on, he seems more ruthless than we’ve seen him before; more interested in politics than his students. A near catastrophe leaves Jean vulnerable to traumatic memories and newly awakened powers causing her to hurt others without meaning to. It’s a storyline familiar to anyone who’s seen a classic monster movie (The Wolfman, anybody?). It’s too familiar. Spurring her on towards the side of evil are a group of mysterious aliens led by Vuk (Chastain), a sort of Svengali always whispering monotonously in Jean’s ear. The filmmakers decided to make these villains like Pod people out of a ’50’s B-Movie, except they took all of the mystery and suspense out of it since they’re revealed for what they are right out of the gate. The result is a dull and lifeless villain largely responsible for making X-Men: Dark Phoenix a dull and lifeless movie.

Directing, in his debut, is Simon Kinberg. He’s written several fantastic films including previous, successful X-Men installments. One of the biggest responsibilities of the director is managing the tone of the film, whether it’s switching between tones frequently like a Pedro Almodóvar film or a Tarantino film or it’s attempting to sustain one tone throughout like a great horror movie (The Thing, for example). Kinberg goes for the latter and it strikes me as one of Dark Phoenix’ biggest mistakes. This is not a horror movie and yet it’s humorless and grim from start to finish.

The actors, we know, are good, because we’ve seen them in other things. Some do good work here, mainly McAvoy and Hoult, with the majority given nothing to do but wear a tight outfit. Sophie Turner doesn’t prove that she can carry a film, but (though her English accent slips in once or twice) it’s not because her performance is bad. She plays a misunderstood monster, only instead of wonderfully grotesque features and practical effects like the classic Universal monsters, we just see a young woman throwing a tantrum and then running away like an overemotional teenager.