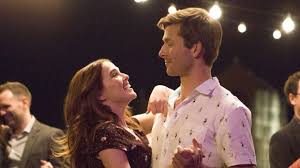 This rom-com follows two overworked, little-respected assistants-one, an aspiring writer, Harper (Deutch) working for an influential sports journalist (Liu), and the other, Charlie (Powell) working for a tyrannical finance titan (Diggs). After meeting randomly, the two assistants, out of self-interest, attempt to set their bosses up, hoping that having love in their lives will make their own lives easier. Generic would be an easy complaint, but unfair, since the rom-com conventions are ultimately always satisfying if done well, and Set it Up is a good romantic comedy. The actors are effortlessly funny and have the requisite chemistry to make you care. Well-written, clever enough comedy.