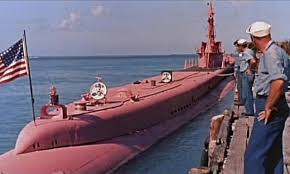 Saddled with a crew of stranded army nurses, Lieutenant Commander Matt Sherman (Cary Grant) leads a group of sailors aboard the USS Sea Tiger during World War II. That includes new shipmate Lieutenant Nick Holden (Curtis), whose habits as a con artist prove useful in getting their ship to safety. Old Hollywood fantasy in a lot of ways (the army nurses are gorgeous, the officers handsome), but it’s also very knowing in other ways (the way the enlisted men react to the new officer for example). Plus, it’s a well-crafted, entertaining spectacle.