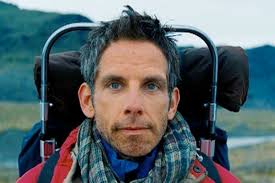 Walter Mitty (Stiller) is a timid, kind, middle-aged employee at LIFE magazine, prone to bouts of intense day-dreaming. He has a crush on fellow employee, Cheryl (Wiig), whom most of his daydreams focus around, but feels that he has little to offer. A work crisis forces Walter out into the world and to the first real adventure of his life; one that eclipses his fantasies. The Secret Life of Walter Mitty is ultimately very endearing and the lead romance is compelling, but visually, it’s unsatisfying at times or simply just distracting. Certain impromptu action sequences shift the tone too harshly. I like the supporting cast of characters (Patton Oswalt as a concerned EHarmony employee’s interactions especially). I like Walter Mitty and I like Cheryl. It’s a nice film.