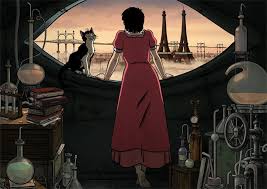 High concept meets alternate history in this animated film about a family of scientists seeking to create an elixir that cures mortality. Standing in their way is the French government who enslave all scientists in order to monopolize their creations. The youngest of the family, April, is left alone after her parents mysteriously disappear, and finds herself in the middle of a nefarious end-of-the-world level plot. The comic strip art style is appealing and the world it creates is enticing, but the film lacks depth in certain aspects (namely character) that keep it from achieving the epic status it strives for. As is, it’s creative and diverting, without being spectacular.