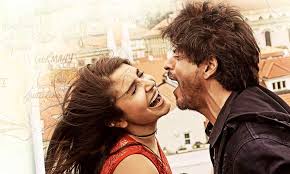 A womanizing tour-guide, Harry (Khan) teams up with an assertive bride-to-be, Sejal (Sharma) in order to track down her missing engagement ring. The problem is that she doesn’t remember where she lost it, and she’s traveled through most of Europe. The two fall for one another along the way. A vehicle for Khan and Sharma to reteam after the two wonderful movies Rab Ne Bana Di Jodi (2008) and Jab Tak Hai Jaan (2012), they maintain their superb chemistry, but it’s not enough to cover for the film’s lack of new ideas and meandering adventure. The supporting cast is also left wanting for memorable players.