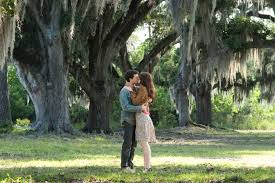 A teenage boy (Ehrenreich) in a hick town dreams of getting away. Soon he falls for the weird new girl, and discovers that she comes from a long line of witches, or “casters.” The family disapproves, and a more serious plot involving an evil caster surfaces. Lame, if not completely terrible, teen romance, though the acting is uniformly good. Ehrenreich, set to star in the Han Solo spinoff, shines here, and will likely go on to much better things. The story is rife with cliches, and the portrait of a southern town as full of idiotic bible-thumpers is tiresome.
-Walter Tyrone Howard-
(534)