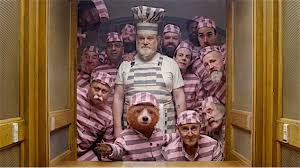 After the Brown family takes him in in the first film, Paddington (Whishaw) returns, and this time he finds himself imprisoned for a crime he didn’t commit. While the Brown family desperately seek to prove him innocent, Paddington melts the hearts of the rough and violent inmates including Knuckles McGinty (Gleeson). Hugh Grant plays the faded star of theater, Phoenix Buchanan, and is the biggest reason this outing is even better than the wonderful first film. Every shot is elaborately crafted (reminiscent of a Wes Anderson feature). The characters, even the nasty ones, are given their moments and come off charming. Possibly the most inventive live-action family film since the Babe pictures in the ’90s.