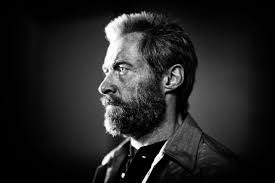 Superlative send-off for Hugh Jackman’s Wolverine (and probably Stewart’s Xavier). Drawing from classic westerns like Shane (1953)-which is featured heavily in the film-and maybe The Wild Bunch(1969)-the idea of an aging killer out for one last ride feels reminiscent of Peckinpah’s finest- Logan sets its protagonist in a dusty post-apocalyptic world (2029) where mutants have been almost completely wiped out and no new mutants have been born for some time. Logan does his best to take care of his one remaining friend, Charles Xavier, who is suffering from Alzheimer’s, while also trying to poison himself to death, tired of living and watching everything around him fall apart. So, at the start of this picture, Logan is a true anti-hero, but in comes Laura, a young Mexican girl who harbors all of Logan’s mutant gifts, and Wolverine and Xavier set off on one last mission to get her to safety, as an army chases after her. Moving and brutal (the R rating is earned but not gratuitously), this Wolverine is transcendent. More than just a super-hero movie thanks to an intelligent script, and the performances-of course Jackman, but Keen as the little girl is especially impressive considering that she has to hold her own against such an iconic character.