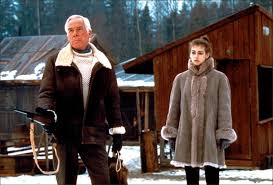 In Soviet Moscow, Police Detective Renko (Hurt) investigates the brutal murder of three young civilians. It looks like a KGB job, but why would the KGB have any interest in the three deceased? Renko uncovers a conspiracy that involves American businessman, Jack Osborne (Marvin), and is drawn in by the mysterious beauty, Irina (Pacula), who has ties to the three murdered. Very solid thriller despite its generic mystery plot thanks to a strong cast, an exciting femme fatale in Irina, and a fresh setting (Soviet Russia). The English speaking cast all affect Russian accents which are a little silly if you think too hard about it.