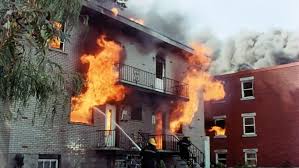 I love disasters movies, but The Birds is the only one that I consider great. There is a handful that I consider very good, another handful of mediocres, but, to this point, City on Fire is the first awful disaster film that I’ve seen. Some malcontent causes a fire at an oil refinery in the American mid-west that soon spreads and destroys the small town and the people in it. That’s a solid premise, and the cast includes Henry Fonda, Shelley Winters, and Ava Gardner. How could this film go so wrong? Where a film like The Poseidon Adventure demonstrated the strength of ensemble acting, City on Fire is bogged down in the flip-side. Too many characters, no character development. As a result, it’s tremendously hard to follow with no rooting interest whatsoever in any of the leads. Twenty minutes in, I just stopped caring.